What a crazy day. Everything started normal which is usual for crazy days. I went to school, went to Psychology and took a test in Political Science, then came home. I ate, finished up the Astal soundtrack, then went to work. Still quite normal stuff.
Then, I ran into a person who had just finished the Registered Nurse (RN) program at the school I attend. He said that the program was really hard but was truly worth it. Whoa, that was cool! I am going to be starting a nursing program and ending up finishing the RN program in two years.
Not even a minute went by and then I met up with a student that I had in an Anatomy and Physiology class! He was in the first semester of the school's RN program and said that the program is really hard but that he likes it. It made me so happy to hear these two gentlemen discuss with me their experiences with the RN program.
Immediately I knew that God had a small part in this experience. He wanted to make sure that I felt confident in my choice to become a nurse. I have been thinking about video game music quite a bit recently and would really love to be involved in that too. Thus, a dilema! Oh, do I love dilemas! I believe that my current decision is final.
This decision is to become a nurse and then pursue creating music as time permits while working and starting a family. This that music composition will be number four on the list-God, family (future wife and kids), nursing then music composition. I feel completely comfortable with this decision as I have this strange sense that God intends it for me.
My entire life, I felt, God was pushing me towards video game development as a main career. This ideal lasted until only about a year ago. If God still intends this I am open to His will. Let it be done as God wishes.
I have updated the website with the soundtrack of the Sega Saturn game Astal as well as the game's credits. The credits confused me as to who composed which songs so I named the Music Director, Yukifumi Makino, as responsible for the music. If anyone has any information to the contrary, let me know.
I have also re-instated the Game section's FAQ since, for one reason or another, it was taken down. I made it look a little better but it still probably needs some work. Enjoy the updates! 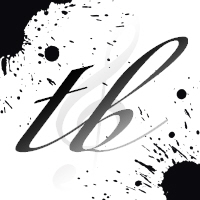